Before we answer “Why Linux?”, we should look at what Linux is, where it came from, and what it is not.

Think of the kernel as the mediator between the hardware and the rest of the software on your computer.

The kernel is a computer program that is the core of a computer’s operating system, with complete control over everything in the system. It is the first program loaded on start-up. It handles the rest of start-up as well as input/output requests from software, translating them into data-processing instructions for the central processing unit. It handles memory and peripherals like keyboards, monitors, printers, and speakers. –Wikipedia

For example, modern day Microsoft Windows’ versions run the Windows NT kernel and Apple’s macOS, iOS, tvOS, and watchOS run the XNU kernel. XNU is an abbreviation for “X is Not Unix”. Ubuntu, which is a popular Linux-based distro, uses the Linux kernel. Google’s Android and ChromeOS currently use the Linux kernel. You should now understand that a kernel is a part of an operating system. 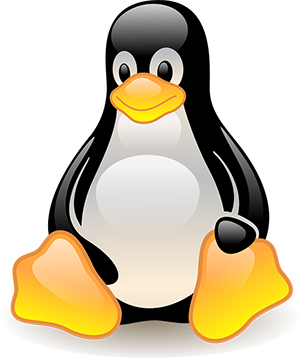 Look around. The Linux kernel can be found everywhere and you are probably using it in a computer based product without even knowing it. Linux can be found in things like: cars, electric displays, phones, DIY tech projects, personal computers, web servers, watches, and even toasters.

Linux came from a Finnish student named Linus Torvalds in 1991. To make a long-story short, he essentially wrote it because he did not want to use Windows or pay for any other Unix operating system at the time. He used the motivation of learning and having fun to write a new kernel essentially from scratch. He used the educational MINIX to develop his kernel on. He made his new kernel available for free and the rest is history.

The story of Linus and his Linux is very well read in the book titled Just For Fun: The Story of an Accidental Revolutionary, by David Diamond and Linus Torvalds. I highly recommend this book! Used print copies can be found fairly inexpensive on Amazon.

To provide an awesome operating system for our computers.

Education for one: Linux is a great way to learn Computer Science related skills and theory because all the code is open-sourced, which can be viewed over at Kernel.org. Linux is used in many institutional curricula.

Both companies and communities of users have adopted the Linux kernel in order to build their own desktop operating systems for anybody to use for free! Ubuntu, by Canonical, is a popular company driven example. Arch Linux is a well-known community project. They combine the Linux kernel with other environmental based software to make an operating system. Thousands of them exist, which may seem daunting at first to pick one, but they are all outlined quite well over at DistroWatch.com.

Besides the technology itself, Linux also has a very innovative and creative community. Sure, sometimes things may get heated and people cannot agree on things (i.e. systemd vs traditional init). But, at the end of the day, we are all interested in one common goal: to provide an awesome operating system for our computers. We use Linux to make all types of computing devices.

Using a personal computer is all about use case and availability. Windows may be better for gaming. Mac may be better for graphic design. But, the reason you would use Linux may be different than from the reason I do. Linux can be customized for any of your own needs and plenty of Linux-based distributions exist out there so you don’t have to do any of the work if you don’t want to. You just need to be sure to update and upgrade, which can easily be automated. I just recommend finding the well maintained projects so you can assure yourself that stability and security are two of that particular distro’s goals.

I am currently running a spin of Ubuntu MATE 16.04 on my daily driver. Ubuntu being the upstream distribution it is based on and MATE being the desktop environmental software on top of it. I highly recommend it for both beginners and more advanced users alike! They have a great community and the Project Lead, Martin Wimpress, is very involved and passionate.

Below are some resources that I have found very helpful:

Future articles will include lists and descriptions of Linux-based operating systems for your needs, detailed reviews on distributions I like to use, application reviews, hardware reviews, opinions on current tech, and tutorials on how to get up and running.

Comments and feedback always welcome below.

Remember to always enjoy your operating system and help others. 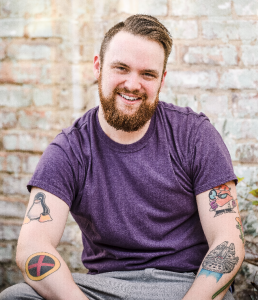