Skip to content
Growing up I was always the go to in my family for computer related issues. From the time that I can remember, I always pointed out the obvious to my parents; and then a little later in life, I became the ultimate “Googler” from it’s very infancy. Today, I happily help my Grandma fix and maintain her computer from the malware and viruses that plague the Web. I even once went as far as editing registry files for about two hours in order to avoid a system restore. She had some malware on her machine that would disallow any anti-virus program from even completing a scan.

I remember when my family bought our very first personal computer (commonly known as the PC). It was a sluggish Acer desktop hooked up to a trial dial-up AOL subscription for a short time until switching over to something even cheaper (I believe it was NetZero but perhaps whatever the precursor to SBC Global was). Anyways, I can instinctively recall helping my parents figure out all the unintuitive GUI-based quirks of the early web browser and Microsoft Windows 95 file explorer system. I recall pointing out the obvious things like the “X” to exit a program or the refresh button if a browser was stuck buffering. Those are common sense things today, but when nobody knew computers and searching for something on the Web took a solid 5 to 10 minutes, intuition and luck served well for the everyday PC user.

I had always switched out my personal software for open-source alternatives; well, why not the entire operating system? The more I learned about computer science, the more Linux made sense, and vice versa.

As I continued through my childhood I developed many different interests and hobbies. Like most boys, I enjoyed playing sports and video games. But I also had a knack for music and computers. I was involved in choir from early childhood until college (I would love to get involved as an adult again, but that is a different thought for another time). I never did get involved in any coding or computer science at an early age. That is just something that was not as common in the early 1990s. Only typing was part of the required curriculum at school and any computer club seemed isolated to only the really gifted children. It was tough to get involved. So, without knowing any binary coding concepts, I just grokked my way through the GUI environment of many iterations of Microsoft Windows. I would even eventually get into the habit of replacing many proprietary Microsoft-based programs with open-source alternatives. The main reasoning of such activity was to improve the speed of the machine, but later on I learned the importance of the privacy and freedom reasons. I maintained a very healthy machine with frequent defragmentation sessions and up to date anti-virus software. I even made sure the registry was well organized and kept my temporary files at a bare minimum. I always considered myself an advanced PC user at the time. I remember coming across a word during that time in my early years of replacing software with open-source alternatives: Linux, but never gave it a second thought until many years later.

Deciding what I wanted to study in college was no easy feat. I had a talented singing voice so naturally tried out for many universities for their music programs in hope to become a Choral Director; however, that just didn’t pan out as it maintained to be a hobby and never seemed like a true passion to me. I considered teaching to be my gut instinction, so ended up at Illinois State University, but never figured out what to teach so that didn’t stay around long. I searched for possible jobs after college and thought to myself that: demand, ease, and monetary incentives would be the perfect ingredients for a career. So, naive to say, I chose Marketing as my major and just never changed it through my undergrad studies. I learned a lot, didn’t care for much of it. To be honest, the more I learned about marketing, the less I found it interesting. After graduating with a degree in said major, I took many interviews, but they all seemed like glorified sales gigs and that just isn’t me. I ended up taking a “temporary” job as a waiter at a restaurant to pay for my personal bills and lived at home for the time being until I could figure out something else.

Then it dawned on me. Computers. I have always been good with computers. I was also well above average in math and science. So, what the heck, let’s give that a shot. I have always understood computers from a user perspective, maybe I could understand how they truly tick. So I read as much as I could on the Web. I watched countless YouTube videos, read tons of articles on subreddit and was enjoying the journey. I came across words that seemed familiar from before: Linux, networking, Cisco, terminal, visualization, computer science, programming, Java, PHP. You get the point. But I didn’t know how to put it all together and keep myself organized with it all.

So, I decided to pursue a second degree in Computer Science. Instead of going for a second bachelors, I went all in and did some prerequisites at my community college in order to pursue a Masters. I chose classes that would behoove a career in Systems Administration, concentrating a lot on networking, operating systems and system programming. I just recently graduated magna cum laude from University of Illinois-Springfield, which was the curriculum I ultimately chose to pursue. They had a nice online program that I could fit tightly into my schedule. (I hope to have a more detailed post on that journey in the upcoming months).

I had purchased a new laptop for myself after graduating from college. I just needed that hardware upgrade. I had used the same Toshiba Satellite laptop all four years of college and the CPU on that thing was just not keeping up with new software and all the Google Chrome threads that I concurrently ran. So I went out and bought an Asus U43F laptop. I absolutely loved. It ran the new Microsoft Windows 7 and everything was fantastic. I replaced all my Windows programs, even found a nice little utility to help me out when I did frequent system restores to keep it clean, which was Ninite. That was until the BSODs (Blue Screen of Deaths). They would appear out of nowhere. I could not figure out how to fix them. Based on initial research, it appeared to be some sort of Swap space error, but who knows, “DDL Hell” could have been a culprit as well. I tried numerous system restores, kept my memory footprint at a minimum, but nothing. That did nothing. Until one day….

I believe it was just after my first computer programming language course: Visual Basic or maybe it was Java. I just woke up, downloaded an ISO of Linux Mint, installed it completely over my Windows, and never looked back. Not only was my U43F laptop seemingly five to ten times faster at everything it computed, I didn’t have one BSOD or any other hardware issue ever again on my U43F.

I also have to thank the fine folks over at Jupiter Broadcasting through this journey. I stumbled upon the now former Linux Action Show through my Googling of “Linux” and that gave me a lot of insight into the community and technology. The entire staff over at JB is wonderful people and everyone that has any interest at all in technology, security, politics, Linux should check out their shows.

I have since bought a new System76 machine (the seemingly discontinued Ratel Pro, which I had originally wanted to a detailed review on but since it is no longer available for purchase that seems a bit moot. Let me just say that it is insanely awesome), and I have chose to use Ubuntu MATE as my distro of choice for the time being, but that U43F is still strongly running Linux Mint to this day. I had always switched out my personal software for open-source alternatives; well, why not the entire operating system? The more I learned about computer science, the more Linux made sense, and vice versa.

That brings me to today. I am currently a happy Web Developer working on a Tier 2 Support team and aspiring to work closer to the servers one day as a Systems Engineer, Ops, Admin, or whatever title you want to give it. I follow the Linux community very closely and consider it all to be a passion of mine and my true calling. I am currently studying for my Linux Foundation System Administration and Engineering certificates, which I intend on taking towards the end of this year. I also have many Linux-based projects that I intend on completing including: setting up Linux From Scratch to running Rasberry Pi web servers. I am also interested in looking more into NixOS.

Thank you for reading if you made it this far and please let me know if you ever have any questions related to Computer Science or Linux. Leave a comment below. I would gladly help out where I can and I still have an interest in teaching so it scratches that itch. I hope to someday provide my own tutorials as e-books or videos or something, so stay tuned. 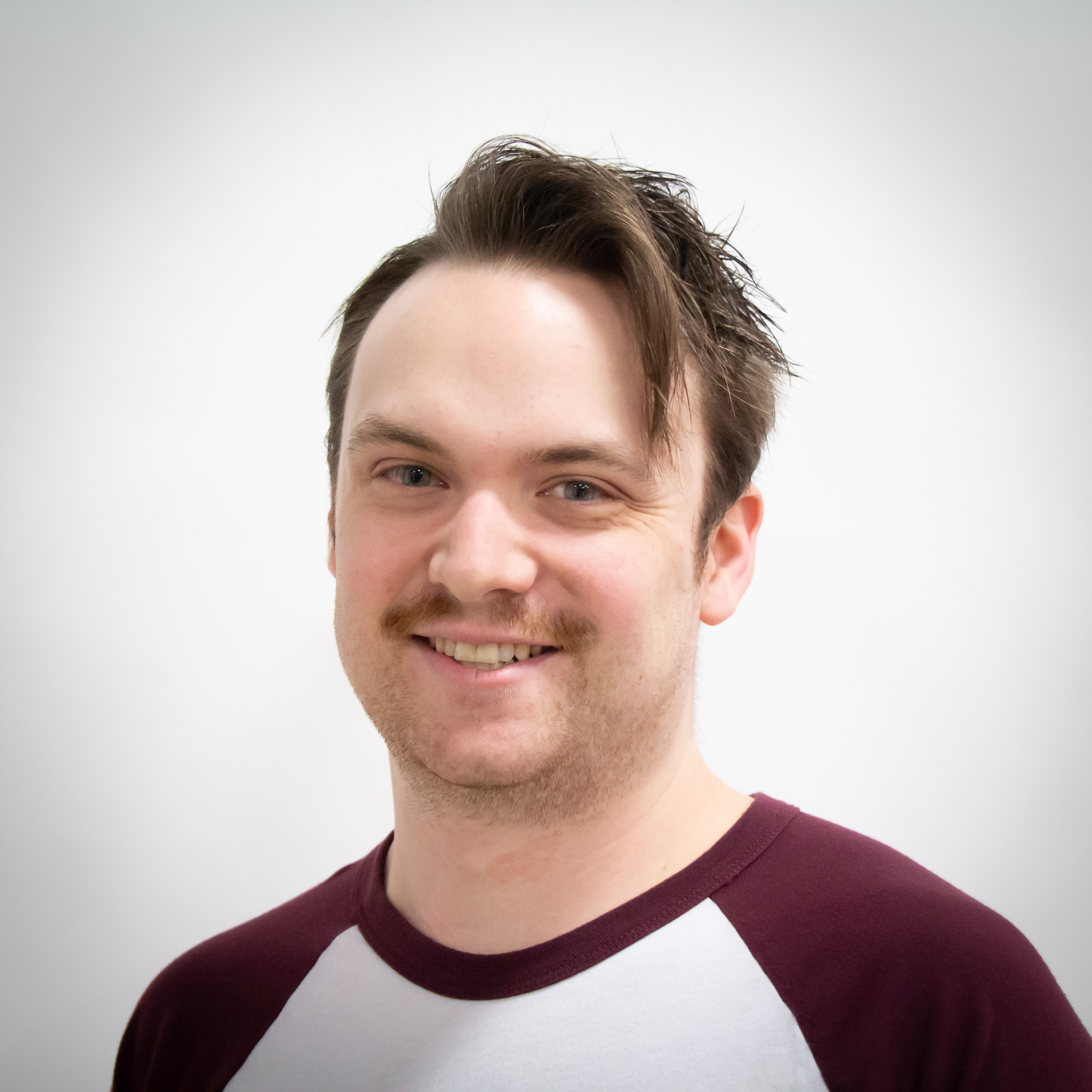 I am an open-source advocate and Systems Engineer. Quick to learn, ready to do. Hunt me down on Keybase.io